Dev.by – the largest media in the field of Technology & Startups in Belarus - visited Silk Data R&D center in Minsk to talk with its founders about the Machine Learning Guide they recently published as well as the company’s plans. 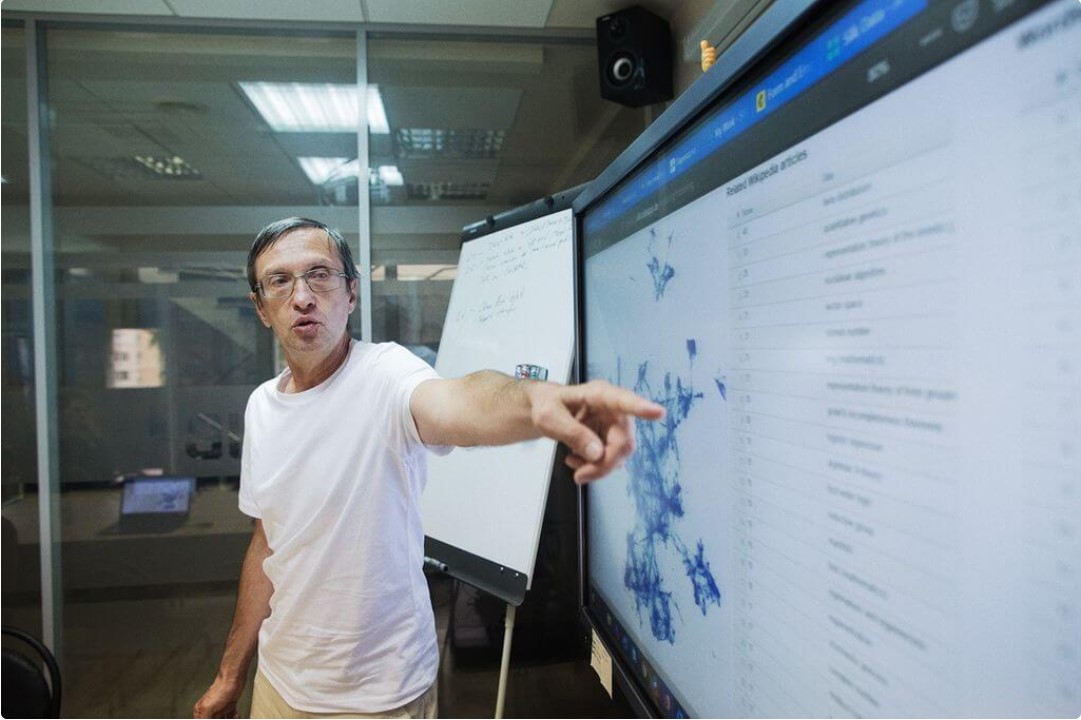 Yuri Svirid and Eugen Kalosha, both holding the PhD degrees in Information Technology, founded their first company, M&S Softproduct back in 1996. Started from IT outsourcing, the company evolved into a product business in 2013 called now Silk Code – the German-Belarusian entity. The product helps publishers, primarily German-speaking, in the distribution of their books and magazines. About a year ago, the company started to focus on providing consulting & engineering services in the field of Artificial Intelligence and Machine Learning. New business required new brand and thus Silk Data came out. Now Yuri is CEO.

In 2012, three German partners came over to Belarus to suggest the idea of building an application for publishers. The project has been started immediately and later called Silk Code.

“We were on our way to register the company, sitting in the car, thinking about the name we give to the new entity. It was in Krefeld, Germany, and we wondered what was interesting about this small town. It turned out that in the 17th century silk and velvet manufactories worked there, which supplied the royal courts. The name “Silk Code” fit perfectly with our idea - we wanted to be the providers of something special, not just an application.”, - Yuri explained.

The platform allows customers to look at specialized literature - manuals, handbooks, magazines – with an intelligent search and comments enabled.

“This is the platform for small publishers who are not able to enter the market themselves, build an application, distribute their products in digital format.”, - said Eugene. “Publishers upload their materials to our platform in pdf format, and the end user opens them on PC or mobile devices.”

Yuri: “One of our largest customers is a hub of educational institutions in Switzerland. The end users are private schools. In six years, Silk Code has covered almost half of the country's private schools. Students can not only read textbooks but also take notes, share information with a teacher and other students, and look for an explanation of the new concepts on Google or Wikipedia. Another big client is Forum, a large German publisher.”

“Amazon can be considered a competitor, but it falls into fiction area and we focus to non-fiction, or specialized literature. Amazon sells cheap books, while we have expensive products for professional audience. Often it is not the specialist but the company who buys it.”, - added Eugene.

“During 2017, we have been contacted by a number of clients with a request to clarify the essence of AI. We had a solid expertise in the field, working on advanced projects related to NLP and document processing. We realized that our knowledge needs to be put into a manual. As we work with companies directly, we often need to explain the basics of AI and Machine Learning before we go into something bigger. So that’s how the idea came up.”, - says Nikolai Karelin, head of AI. “We observed that interest in the topic develops faster than the level of understanding people has. The idea was not to create a yet another marketing brochure, but an honest Machine Learning manual for business owners.”

“Now we’re working on a new product, driven by AI, that can understand the meaning of the text.”, - Yuri said.

Eugene showed a demo the model where Wikipedia articles were organized in the cloud, based on the proximity of topics. The image was created from 900 thousand points, where each was a separate article. In areas of the highest point density, articles had a similar topic.

Eugene: “We can look at this “cloud” and see how the topics are interconnected with each other, as they move one into another. This technology allows us to analyze not only Wikipedia, but also any other unstructured or semi-structured text: for instance, medical articles.”

Yuri: “Our plan is to develop an intelligent search engine where the system, given a specific context – say, I am a doctor - would look into a fire safety manual and select only the information relevant for a doctor: burns, injuries. This will bring the current search engines to a completely different level”.

Ideally, such functionality should be provided to the user in the form of a search bar. To give you an example, when studying a set of regulations, an attorney could be able to set a specific context, and a smart search engine would “pull up” the relevant information from the entire document body. This will save enormous time resources.

The first results are already there, while the team expects a streamlined version to be integrated into their own solution during the autumn.